WHAT'S YOUR NEXT PROJECT?

Find out how easy it is to work with us.

Everything new, eventually becomes old. Contemporary lifestyles are much different today then they were a few years ago and how the modern family uses its home has evolved. As a homeowner, inevitably you will be faced with the decision to update your home. So many options are presented– and could include a complete inside-out renovation, a brand new custom build, a new kitchen, basement or bathroom, a new coat of paint, or new cabinetry & millwork.

We work with you to understand the motivation for your home transformation so we can understand not what you want to change in your house, but instead how you want to live.

Renew Developments has partnered with Williams Architecture as an in-house design solution, or if you prefer we can work with your own Design firm / Architect. From concept to completion, we schedule and manage your project and our professional trades and suppliers service the new housing sector, and are certified and insured professionals.  Our reputation depends on the best people using the tools and getting the job done on-time and on-budget.  We are WCB certified, have a current City of Calgary business licence and full third-party liability insurance. We guarantee workmanship with a 2 year warranty which covers you for piece of mind and satisfaction.

Starting down this journey by modifying your current residence or starting fresh with a new custom home can be a little daunting and exciting all the same. You have likely been through the thought process for quite a while, and it’s now now time to assemble your ideas on paper. Visit Houzz, collect photos- draw on a napkin, tell us about your family. The more we know about what your dreams and expectations are, the easier it is to point in the right direction. Perhaps you don’t renovate, perhaps it makes more sense from a financial point to demolish and start with a blank canvas. Yes- we can do that too- and craft a ground up creation. We have the history in new home construction!
When you’re ready, email or call us. Whether or not we become your contractor of choice, we will offer you a complimentary design and construction consultation at your home- so you have a more informed mindset on design possibilities within budget, structure & engineering; and how can those designs be aligned to maximize your family’s lifestyle requirements. If you wish to continue, we bring in our designer, and provide you with a cost estimate for the design hours to create your renovation.

The design you will be paying for is your own to do with as you please whether you elect to proceed with us or not as the contractor.

We will provide up to 3 concepts, and once we find the concept you are satisfied with, we reach out to our trades and suppliers to obtain a budget based on what was drawn. This is where the back and forth begins- if the work meets your budget limitations, or if we have to go back and create efficiencies. We help you through the process with helpful and honest advice.


Once your budget is approved we will work on a contract to begin the job. Renew Developments operates on a transparent process, calculated from costs relating to the project, and adding a percentage for a management fee. This is commonly referred to as ‘Cost Plus’. You will have access to all invoicing from subtrades and know what each item is going to cost. Upon conclusion of the project, all warranties are issued to the homeowner, including Renew’s full two-year guarantee.
On work that is more straightforward, and largely cosmetic, like paint, flooring or tile work, we can generally offer a fixed cost price and this includes obtaining the necessary municipal building permits. Generally you will require a permit that is specific to the scope of work, with the exception of cosmetic work that doesn’t require electrical or plumbing modifications.

Steve has a construction pedigree that runs deep within the family veins. Starting early, he got a true taste of new home construction at a high school age, as his father Harry Denger founded Calgary’s Baywest Homes in 1985. As the company grew, Steve in his teens developed a passion for helping the family business succeed. Starting modestly and earnestly, sweeping out houses and cleaning lots, he expanded his training after high school, and qualified as a Red Seal Journeyman Carpenter in 1996. There was no shortcuts in his training, and he was often found out in the field cribbing foundations, framing homes, and honing his skills with finish carpentry alongside Baywest’s tradespeople. Steve soon graduated to a Construction Supervisor position, directly in charge of the trades building Baywest’s homes- then another move up the ladder followed to Construction Manager in 1999.

Steve was eventually promoted to the role of Vice President of Construction, holding that position until 2013 when he took then interim position of General Manager.

The winds of change brought Steve into a new direction, and the opportunity that he was destined for. He is now showcasing his talents in the Development and Renovation industry.

With the growing demand in the renovation market, Steve sees a need for qualified, innovative and cost effective renovations in Calgary and surrounding areas. His focus is to build a trusted brand in home renovations- providing his customers with the same type of ‘renewed’ love for their home, that he’s experienced with building this company. Steve resides in SE Calgary, with his wife and young son.

“My motivation is simply to help homeowners find the right solution for their changing needs. I want to understand their lifestyle, how they live, and deliver them a home renovation that came in at their budget, and on time. We’ll do this together, through a solid working relationship”. 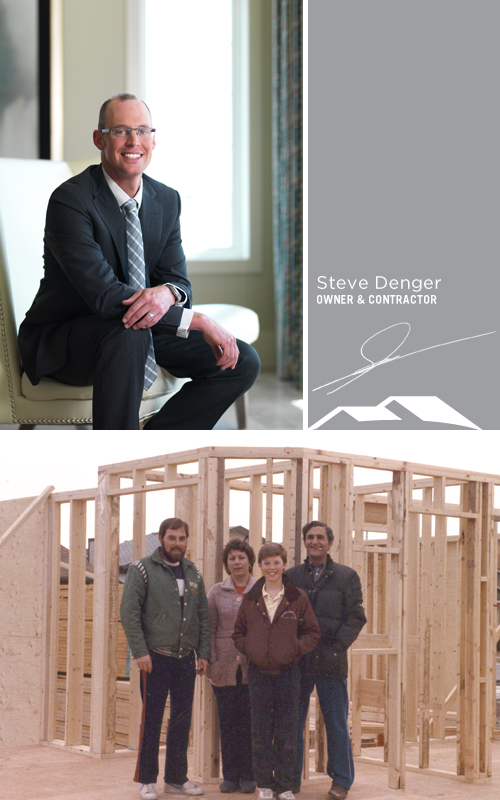 We believe that being transparent with our customers from the very beginning is key to a successful and long term relationship with Renew Developments & Renovations. We will strive to be straightforward and honest with our customers, never putting our interests above their own. In doing so, we will be exhaustive in clearly defining what decisions are available to you and transparent from pricing all the way through the development phase. We believe that going above and beyond for our customers is not only a good business practice but is the value core of any good community member.

HAVE A QUESTION? WOULD LIKE A QUOTE? DROP US A LINE!